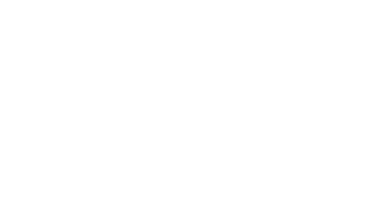 The European Medley in 12 Languages

The first piece The Voices of Europe Project performs is the ‚European Medley in 12 Languages‘. We combine traditional songs, some of which are several hundred years old and have long been considered bearers of national culture, into a new piece of lively and modern European culture. The European Medley is performed in live sing-along concerts. Concert-goers are encouraged to sing along; they become part of the medley and learn 12 different European languages.

Get to know the 12 songs and their backgrounds:

The song ‚Kling, klang, klockan slår‘ is a Swedish folk song whose melody is firmly anchored in the nation’s cultural memory. The shepherd song is originally from Finland, but was composed in Swedish. The song vividly describes the very hard, but nature-loving life of Sweden’s rural population.

In Germany too, the adation under the title ‚Kling, Klang Glockenschlag‘ was very popular. The song has been taught to children and young people at school for years and is an integral part of rural folklore in some regions of Germany.

Ding, dong, the bell is ringing,
get up and pluck the moss!
Long day and empty stomach
only little bread in the bag.
The aspen tree made me run, run.
The linden tree let me rest
The birch tree promised me a broom,
when the evening comes.

The text of the song ‚La Tarara‘, like it is known today, goes back to the famous poet Federico García Lorca. It is an old children’s song, so widespread in Spain that many regional versions exist. However, many sources assign the song to the region of Andalusia. The form of the song is typical for the province of Cádiz and the famous carnival there. The oldest references can be dated back to the year 1844.

The song refers to a character, the ‚Tarara‘, and also to a dance of the same name. In the dictionary of the Real Academia Española, the word ‚tarara‘ is defined as ‚crazy‘ on the one hand and to play the trumpet on the other. The song conveys a sense of relaxation and joy. It was sung by children while they were dancing in a circle.

The Tarara, yes, The Tarara, no.
The Tarara, a girl that I’ve once seen.
My Tarara wears a green dress, Full of frills and bells.

‚Trenule masina mica‘ is a Romanian folk song, which became famous in the interwar period of 1918-1939. It was composed in a new, for the time surprising style, but enjoyed great popularity and has been reinterpreted by many artists over the years. Although the author of the song is unknown, some claim that it was composed by the brilliant Romanian singer and composer Maria Lataretu.

Green leaf and special herb („Once upon a time…“)
train, you little machine
where do you take my beloved Ion?
Little Mary, my friend („who I confide in“), oy oy.

The actual title is ‚Abendlied‘ (Evening Song), written by Matthias Claudius, which is one of the most famous works of German literature. The model for ‚Abendlied‘ was the poem ‚Nun ruhen alle Wälder‘ (Now all forests rest) by Paul Gerhardt from 1647.

The ‚Evening Song‘ is a typical product of the Reformation period: the fear of the nightfall, the memory of the day that has passed, has the form of a devotional song. But the poem has gained enormous fame in the German-speaking world, especially as the folk song ‚Der Mond ist aufgegangen.‘

Predominantly it was received as an idyllic lullaby, with only the very quiet, eerie aspect of the cold evening breeze. The ‚Evening Song‘, Winfried Freund interprets it, is rather a death poem, but against the background of the salvation expectations of a believing Christian. The literary qualities of the evening song were long disputed.

‚Dwa serduszka‘ is a traditional Polish song often performed by the Mazowsze Ensemble. The Mazowsze is one of the largest Polish ensembles, founded in 1948 to promote and preserve the regional artistic traditions, folk dance and folk song culture of the Mazowsze region. The ensemble became highly popular and has performed in thousands of concerts all over the world.

‚Dwa serduszka‘ is considered to be the unofficial title song of the movie Cold War – The Latitude of Love by Paweł Pawlikowski, which will be shown in May 2018 as part of the International Film Festival celebrated its premiere in Cannes. The film tells a love story between the pianist Wiktor and the singer Zula, which begins in post-war Poland, over a period of almost 20 years of tension. At the 2019 Academy Awards, the film received a total of three nominations, including Best Foreign Language Film.

It is due to the work of Karel Jaromír Erben about 160 years ago that the fairytales and stories passed down through generations only orally have not been forgotten: For years he traveled through the rural regions of Bohemia and brought together centuries-old culture. In his work The Collection of Fairytales there is also the text of the popular peasant song ‚Sedlák, Sedlák‘, which simply means ‚peasant, peasant‘ or ‚farmer, farmer‘.

This song is a very specific form of Czech music, which alternately has fast beats on which the various folk dances Obkročák, Sousedská or Waltz can be danced.

‚Tavaszi szél‘ is one of the oldest Hungarian folk songs. Its origins are probably more than 1200 years old and date back to the time of the Magyars‘ immigration into the present Hungarian territory.

Unforgotten: Freddie Mercury sings ‚Tavaszi szél‘ at the first and last Queen concert in Budapest in 1986, a magical moment for the 80,000 spectators in the sold-out stadium. For Freddie Mercury, this is not an easy task: he has to read the text from his hand, despite the rehearsal. Through this show interlude, this little guest gift, he makes the folk song world-famous in one fell swoop.

The song is taken from the so-called Kanteletar, a Finnish folk poem compiled by Elias Lönnrot in 1840. Lönnrot collected the stories in the 19th century, especially in the very rural East Karelia, the border region to Russia at that time.

The song, like so many Finnish folk songs, is melancholy: the narrator of the text misses his beloved person. The song is popular in Finland because of its sustained melody, but only the first lines, not the whole lyrics, have become engraved in the cultural memory. The song joins the ranks of many Finnish songs about longing and futile waiting.

Cuckoo, Cuckoo, it sounds from afar
on the beautiful Saimaa-beach;
however, there lies no boat on the shore
that could bring me my loved one.

The song ‚Tiiu talutütrekene‘ can be assigned to the so-called Regilaul, the old songs. In the Regilaul stories of Estonian mysticism were passed down over centuries. Besides monotonous singing, the characteristic features of this form of music are, in particular, relaxation and parallelism, which give the centuries-old cultural heritage a unique power.

Over time, ‚Tiiu talutütrekene‘ has developed in a very unique way: It has become a children’s song.

‚O sole Mio‘, Neapolitan for ‚My Sun‘, is perhaps the most characteristic song for a classical Italian piece of music. Composed in 1898 by Eduardo Di Capua, it celebrated a global and even a brief orbital success: Yuri Gagarin, the first cosmonaut in space, is said to have hummed the classic song on his first orbit around the earth. In the history of ‚O sole Mio‘, the song even made it to the national anthem of Italy: at the 1920 Olympic Games, the actual anthem could not be found, so ‚O sole Mio‘ was played instead.

But not only its most famous fans and anecdotes made the song famous worldwide, but also its world-famous covers. Especially the version by Dean Martin was a big hit and Elvis Presley’s It’s Now or Never, based on the melody of O Sole Mio, climbed to the top of the charts in the UK and the US.

Whiskey in the Jar – Ireland

There are many variations of ‚Whiskey in the Jar‘; so many that it is impossible to identify a ‚final‘ version. Almost all versions of the song, however, contain the same basic plot structure: a mugger robbing a soldier and bringing the money home to his beloved; she betrays him and he is arrested.

‚Whiskey in the Jar‘ also became so popular internationally because it was performed by bands from different musical genres around the world. Indeed, the most popular version of the song is sung by the American rock band Metallica.

As I was a goin‘ over
the far famed Kerry mountains
I met with Captain Farrell
and his money he was counting
I first produced my pistol
and I then produced my rapier
Saying „Stand and deliver“
for he were a bold deceiver
Mush-a ring dumb-a do dumb-a da
Whack for my daddy-o,
whack for my daddy-o
There‘s whiskey in the jar.

‚Plaisir d’amour‘ is one of the most famous and oldest French love songs. Already one year after the first publication of the Nouvelle Célestine by Jean-Pierre Claris de Florian, the melody, which is still known today, was set to music in 1785, so even before the French Revolution. The famous refrain ‚The joy of love lasts only for a moment. Heartache lasts for a lifetime‘ is one of the most frequently quoted lines about the grief of a lost love.

Dozens of world-famous musicians have covered Plaisir d’amour in the last century: Brigitte Bardot, for example, has put her own unmistakable stamp on the song, and Elvis Presley’s ‚Can’t help falling in love‘ is based on the melody.

The joy of love lasts only for a moment.
Heartache lasts for a lifetime.

About The Voices of Europe Project

The Voices of Europe Project is about getting in touch with European languages simply by singing together, and thus getting into an intensive contact with Europe. You do not have to understand a language to get a feeling for it. Even the mere fact of approaching a language, curiosity and an open ear can be the key to a better understanding, to a deeper acquaintance, to a more lively bond between neighbors. The project is like a journey through the continent, which lets us experience its diversity and beauty in a new way.

Learn more about the project in our Making-of-video: 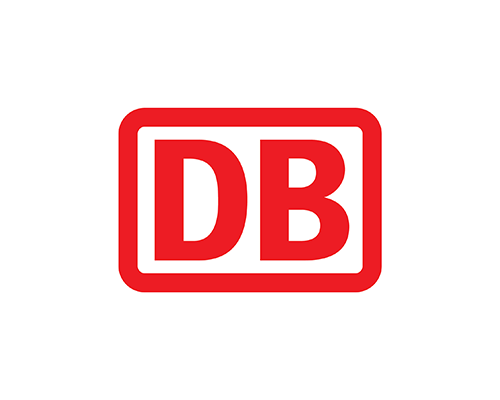 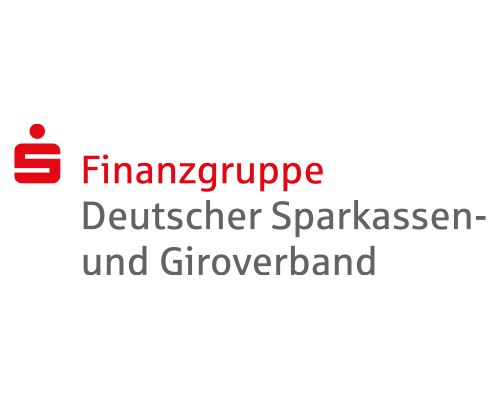 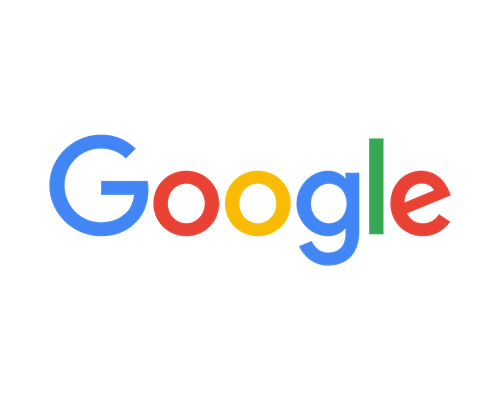 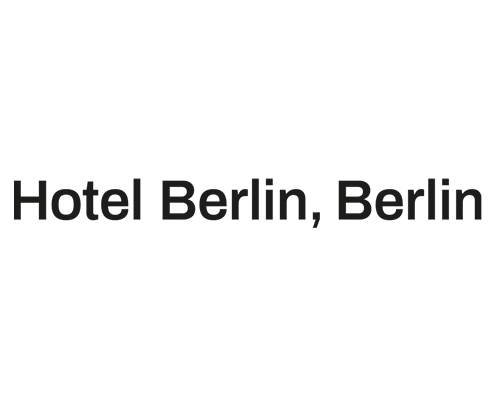